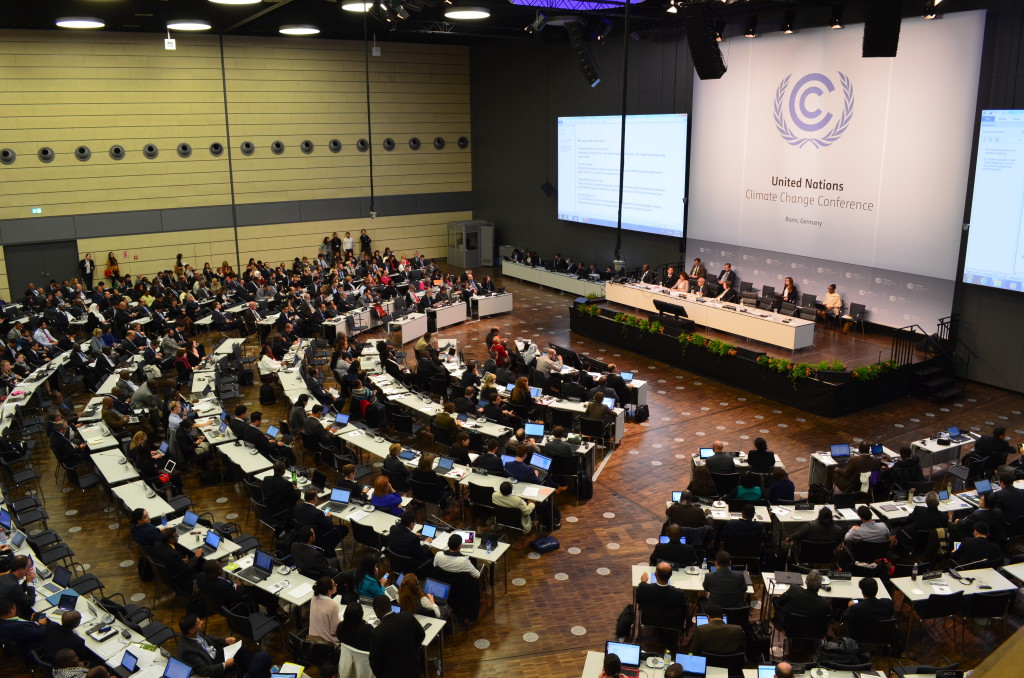 The planet is currently on a path to a global mean temperature rise in the range 1.5 to 4.5°C by the end of the century, with the higher end of this range potentially pushing agriculture – and normal life itself – far beyond manageable thresholds.

To avoid this, the world will have to apply science and innovation in the agrifood system, in order to develop and scale mitigation and adaptation solutions that cut greenhouse gas emissions and increase resilience across the spectrum of our supply chains. And it will have to do so from farm to plate. For this to happen without undermining recently decided Sustainable Development Goals, efforts must be driven by a fair and equitable process that will respect farmers rights, our rural economies and consumers’ health.

For quite some time now, big corporations have been presenting themselves as the solution to climate change. In this context, there has been a large push for a new narrative called “Climate Smart Agriculture” (CSA), which has been largely led by fertiliser companies and big agribusinesses (opens pdf) In practice, there are efforts to create a parallel process aiming to try and get the Global Alliance for Climate Smart Agriculture recognised in some way in the UNFCCC context. For example, in Paris we are going to see space for corporations to present themselves as offering climate solutions. At the same time, there is huge pressure on the French government to include the Global Alliance on CSA as one of these solutions. Peasant movements from around the world will oppose this vigourously. If the French government acquiesces to big ag and the fertilizer industry,  then the whole Paris process is going to be seen, from a farming perspective,  as a greenwash.

Because of this whole push for Climate Smart Agriculture, the real problems and real solutions are not being talked about in the context of the climate negotiations. However, the biggest concern is that organisations and institutions promoting themselves as Climate Smart will try to get their hands on money from the Green Climate Fund. This would mean that precious and scarce funding resources, which should be going to developing countries to help them adapt to climate change, will then be diverted towards mega-corporations posturing as climate-smart.

Some countries like Bolivia and others are in favour of agroecology, but unfortunately this official UN space does not provide them the opportunity to put those solutions on the table, and for the rest of the world to really hear the voices of those who are in support for them. Even though the largest contributors of greenhouse gas emissions are energy, agriculture and transport, a sectoral approach is avoided. Negotiations are instead taking place at a highly technical and thus abstracted and generic level. Agriculture fits in the wider spinoff stream on Land Use Land Use Cover & Forestry (LULUCF), which includes -among other- discussions on carbon offsets and the negotiations that will define the rules of financing the REDD+ mechanism.

The Paris COP21 will offer the appropriate space for individual and groups of countries to invite sectoral experts to outline their solutions. According to Teresa Anderson, Policy & Communications Officer on Resilience & Climate for ActionAid International, what we really need to be talking about in Paris is agroecology, and the many benefits it offers in terms of reducing emissions to climate change and really enhancing adaptation to global warming. There is a need for agroecology to really claim its space in the solutions narrative, since it really enhances soil carbon capacity, reduces emissions and helps farmers to gain control of their land and farming systems.

Although agroecology is really something that needs to be put on the table, it has not come into the official discussions yet. The Bonn process does not really enable solutions that exist outside the high walls of its negotiation rooms. Especially since individual countries, with their own national commitments, enter these negotiations as members of wider party groupings, and civil society observers are -since yesterday- unexpectedly kept out of the negotiation rooms. (see and share video below)

If we are really going to reduce the carbon footprint of our food production, we need to allow space for understanding all options that exist in land use management. Especially those that encompass wider economic, environmental, social and ethical standards. With agroecological approaches scaling out and offering solution at the local level all over the world, it remains to see whether there is space for them in the wider climate solutions narrative.