With a long night ahead at COP21, the choice is this: a terrible deal, or no deal at all 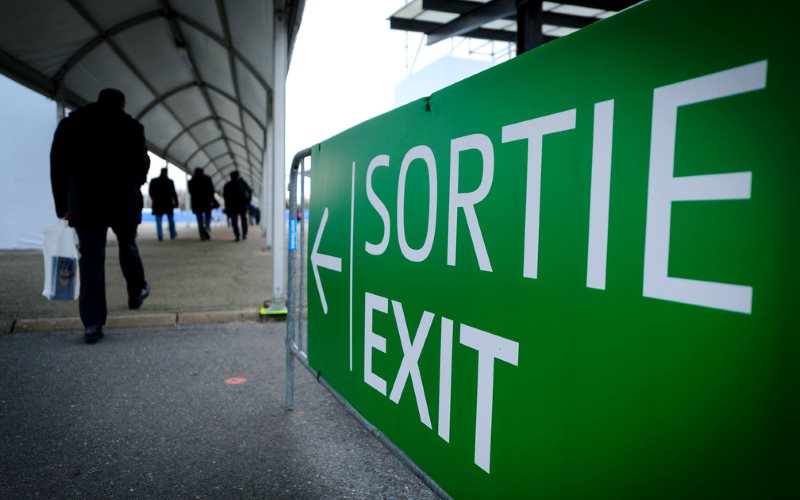 It’s not over yet. But with the choices on offer, it might as well be. Photo: COP PARIS via Flickr (Public Domain).

As COP21 negotiators settle down for the night in their final attempt to thrash out a climate agreement, the official message is that a deal will be reached by morning. But key aims have been abandoned, big issues are far from resolution, and the latest text falls way short on ambition, finance and compensation for climate-related loss and damage.

The most complex issues keeping negotiators awake have to do with the firewall that marks the difference in responsibility between developed and developing countries.

This division of mitigation and financial obligation has defined much of the last 20 years in the climate talks, and will continue define the level of ambition in the years ahead.

According to Mohamed Adow from Christian Aid, this deal needs three things: Loss and Damage, Finance and Ambition. This has been a calling card for many developing countries throughout the last two weeks, but it seems that today, on the eve of the final hours, we may still be a long way from achieving it.

“Without that (Loss and Damage, Finance and Ambition) we’ll leave the more vulnerable behind“. Adow also noted that the final agreement needed to move forward as a package which “needs to be able to evolve to meet the needs of a changing world” and can be reviewed in 2018 to “scale up our progress.”

Here is an analytical summary of the current status of the text, that is expected to keep negotiators awake tonight.

There are some elements of the draft text that could possibly salvage the negotiations on mitigation. It seems negotiators have agreed on five-year mitigation cycles, which is a key component of their ability to ‘scale up’. The new text also notes that countries’ commitments must be “confirmed or updated by 2020” but does not clearly state that they should be improved.

Without a precise timeframe for emissions reductions, we have no clarity on how mitigation actions should be verified and tracked over time. The new draft eliminated any reference to ‘decarbonization‘ of the global economy, one of civil society’s key demands.

Negotiators have also shifted from a quantified or time-bound reduction goal, to a ‘peaking’ goal. This means that emissions are planned to “peak as soon as possible” in the hope that we could “achieve greenhouse gas emissions neutrality in the second half of the century”.

This is linked to efforts to keep global temperatures below 2 degrees, or “as much as possible, below 1.5 degrees”. However, this will be almost impossible unless that “second half of the century” is as close to 2050 as possible.

Finance – we still don’t know where the money’s coming from!

This section could leave us in negotiating rooms all night. Finance continues to be marred in vague rhetoric with the crucial terms regarding the nature of the money.

Key definitions of what type of funds would be available, and where it may come from are also vague. The descriptors “new, additional, adequate, predictable, accessible, sustained and scaled up” are all in brackets. This leaves developing countries in a difficult position.

If we can’t manage to keep global temperatures below 2C above pre-industrial times, climate impacts in Africa alone could reach approximately $350 billion annually by 2070, according to UNEP’s Africa Adaptation Gap Report.

This is unfortunately becoming a very likely scenario. Calculations derived from the voluntarily commitments that were submitted by countries in their INDCs currently put us on a course for a 2.7 degree increase.

Therefore, the infamous $100 billion that is talked about here in Paris, is essentially a symbolic figure of a political gesture. It is not based on any up-to-date, needs-based-assessment of adaptation or mitigation, which largely depend on political will and inevitability.

Also, the new draft does not make an obvious link between adaptation and mitigation and makes no mention to a global long-term goal. There is no mention of ecosystems and socio-economic systems, although it recognises traditional knowledge and practices nested in local communities.

Although there is no mention of a clear financial mechanism to address payments for loss and damage, options presented in the new draft appear more concise. Among others, unbracketed implementation approaches include early warning systems, comprehensive risk management and assessment, climate risk facilities, and climate risk pooling.

This section has clarity on development of technology but very little on its transfer. Overall, it mentions how the implementation and setup will take place, and that developed countries will need to provide financial support for technological development.

And although the submitted draft includes a clearer support for least developed and small island nations, the section on capacity building lacks ambition in terms of reviewing and ensuring progress. However, there are some positive elements regarding collaboration, planning and consistency with other aspects of the agreement to enhance performance.

While much of the rest of the draft text has become more concrete, transparency is still a divisive factor. There are some robust options, with an understanding of different capacities and flexibility, along with critical support for developing countries.

However, the biggest divisions are still all wide open. The divide between developed and developing is clearer here than anywhere else in the text, as much of the potential agreement around different transparency responsibilities has remained open.

Considering where COP21 is being held, it is hard to believe how human rights has been treated. In the land of liberty, equality and fraternity, human rights have been deleted from all but the introductory paragraphs of the agreement, with little potential to affect implementation.

Big countries like the US, Norway and the EU, have reportedly been blocking these inclusions as fights with Saudi Arabia and some African countries such as Tanzania have made this topic almost unpalatable.

Paris: a long way from Copenhagen

Paris is quite different from Copenhagen, in the sense that no one really expects from world leaders to save the world this time, as everyone did so at 2009.

What we have this year, is a way larger awareness about the problem and the risks of climate change. Civil society and communities of practice are already fostering climate solutions at different levels.

What will characterise the Paris deal in history will be whether this agreement will accelerate or break this transition to a safer global economy that millions of people around the world are asking for. And on the basis of the latest version of the text, it’s hard to see how it can.

But there is a long, long way ahead. And as the Paris night sets in, this is just the beginning of a long hard process with no certain outcome.