Time to Work Out a Plan C for Greece 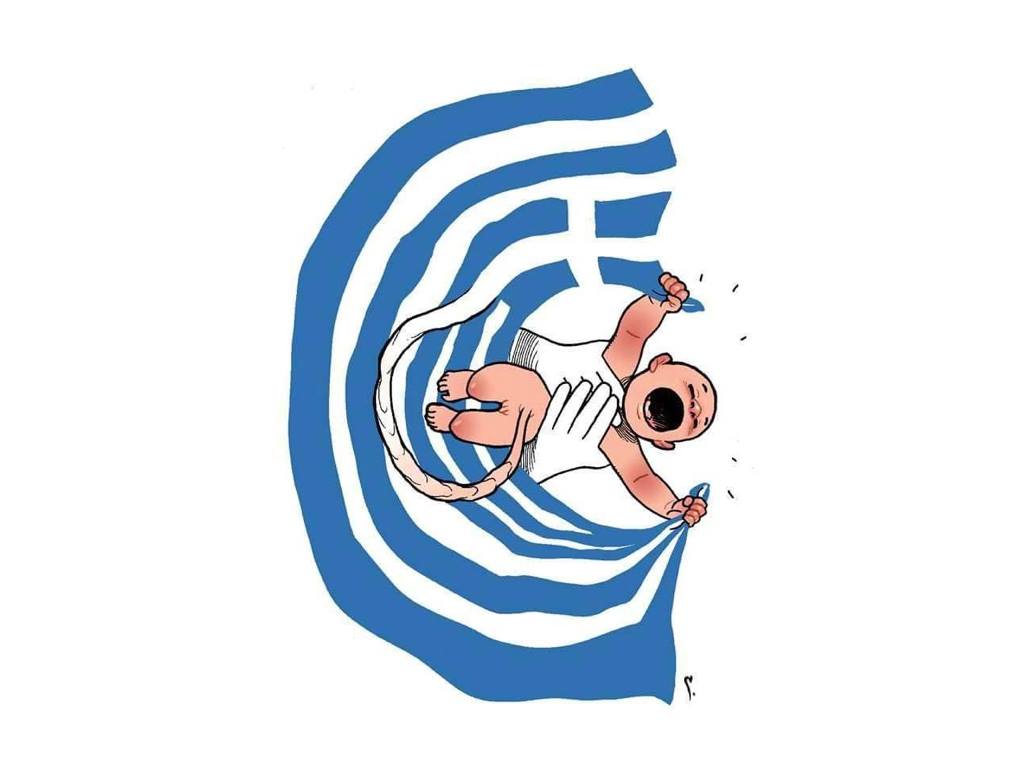 Just over a month ago, Greek citizens were asked to go to the polls for a referendum that posed the country with an unprecedented existential dilemma and challenged the EU with the possibility of its collapse.

The question that shook the world was a choice between a Plan A – more of the same, evidently failed austerity policies that made the country lose 25 percent of its GDP in five years – and a Plan B – a poorly designed Grexit, with unpredictable consequences that could mean the country’s sudden death.

It is an indisputable fact that Greece requires major reforms and Greeks know this better than anyone else. These are related, among others, to major existing legislative gaps, the country’s geography which generates huge transaction costs, a cultural gap between cities and rural areas, and the decision making processes in the country.

Such reforms are of systemic nature, something that no politician in Greece seems able to grasp or advocate. The old guard that still rules the country’s affairs, despite being fully aware of its own failure, is still opting for quick and flaky solutions that hardly address the causes of this crisis.

The same goes for Europe’s leaders, who seem to be more cloistered than ever, limited to their national egos and political clientele. They seem to lack the capacity, both morally and intellectually, but above all the vision to steward Europe’s human face, while addressing this crisis.

A project of “unity in diversity” is threatened by its outdated, largely opaque decision making structures that govern its economics. This explains why European leaders, in the past years, instead of solutions have been offering no more than a narrative based on the worst possible stereotypes.

A top-down approach that plundered Greece into depression and made Greeks, especially the youth, feel like little hamsters in some sort of sick socio-economic experiment.

This crisis never had its crisis manager, exposing the EU’s deficiencies and the distance that splits the politicians’ realities with those of citizens. This is not only evident in the way political leaders handle the Greek case, but other challenges too, such as the TTIP, climate change and immigration.

A new political arena is thus emerging within the EU, that has nothing to do with traditional ideological divides of the left or the right. This new political arena struggles to balance top-down versus bottom-up approaches to our ways of making decisions and planning the future.

Based on this recognition, it is clear that besides a “Plan A” (a politically humiliating and financially unsustainable agreement) and a “Plan B” (the risk of a Grexit), Greece is in dire need of working out a “Plan C”.

A roadmap for advancing towards a real transition back to the Commons, based on civil engagement for participatory mapping and collective management of the assets that influence what is currently under attack: the everyday lives of the people.

Greece needs to put in an unprecedented effort in order to overcome an unprecedented challenge, engaging the best actors in key social fields such as health, food, education and social welfare, just to name a few. At this point, this is absolutely necessary in order to maintain social cohesion and explore systemic solutions during the difficult times to come.

The starting point should probably be in the fields, which a recent study by Endeavor Greece identified as the only dynamic sectors that survive the crisis: agriculture, product manufacturing and Information and Communications Technology (ICT).

The food sector, especially, can pave the way since it is already an integral part of the country’s cultural fabric. With around 13 percent of the Greek workforce engaged in agriculture (the EU average is just over 5 percent), a carefully structured plan for a transition towards agroecology can become an extremely powerful vector of change and a drive for Greece’s new economy.

This new process can only be led by the youth of Greece. Highly skilled, socially networked and internationally educated, many of them are looking back to the land to seek ways out of unemployment.

All these years, these young Greeks have been deprived access to bank loans, while others were transferring 250 billion euros outside the country. Should they be connected with food business incubators, seed funding opportunities and open source technologies, they could catalyse this transition towards a quality, climate-friendly agrifood system which connects the land with health, education, tourism, energy, transport and other services.

Of course, this would require the types of reforms against existing institutional barriers and an outdated legal framework in Greece. Unfortunately, in the last five years, such reforms have never been put on the table by successive Greek governments nor their creditors.

Agrifood is only one example of the few sectors that can generate considerable social, economic and environmental benefits which are necessary towards a more resilient future for the country.

Moreover, it is possibly one of the very few ways to create jobs for the youth, who are challenged by a staggering 52.4 percent unemployment rate, the highest in the EU. Citizens are in need of new options and new development indicators need to be considered in rebuilding the country’s economy.

This change needs to start at the local level, leveraging the potential of the aforementioned initiatives and many more that are acting at the grassroots.

The conditions are ripe, as the 2014 municipal elections brought staff with fresh ideas into office in Greek local authorities. The cities of Athens and Thessaloniki, home to half of the country’s population, received the Mayors Challenge and 100 Resilient Cities awards respectively.

Each one offers one million euros to their budgets for delegating, implementing and scaling strategies for civic participation and urban regeneration. It remains to be seen whether the tools and opportunities offered by those grants and networks will be used efficiently, and not from obsolete mismanagement attitudes and the nepotism of the past.

The challenge is also huge for the citizens of the rest of Europe, who are largely misinformed by reporters of mainstream media, landing in Athens with a mandate from their editors to mainly report on horror stories and misery icons.

This is the time to change this agenda of shame, and instead of viewing Greece as a scapegoat, Europe should take this unique opportunity to capitalise on the solutions created by the civil society in the country.

Again, the youth can play a major role in strengthening the vision of a unified Europe, despite the power games that unfold at the political level. After all, we are the first true European generation.

Evidently, Greece was turned into an experiment in suffocating austerity. But what if Greece became the testing ground for visualising, prototyping and scaling a new economic paradigm that is socially inclusive, climate friendly and economically viable?

I am not sure whether the “Plan C” is the right name for this process. It is quite likely that populist politicians in Greece and Europe might abuse the term, like they did with so many others.

But the essence remains: this is a plan of solidarity, collaboration and resilience. And it is time that this dialogue opened all over Europe, if it wants to remain a Union, and maintain its leading role in the world.