The true cost of the cheap potato 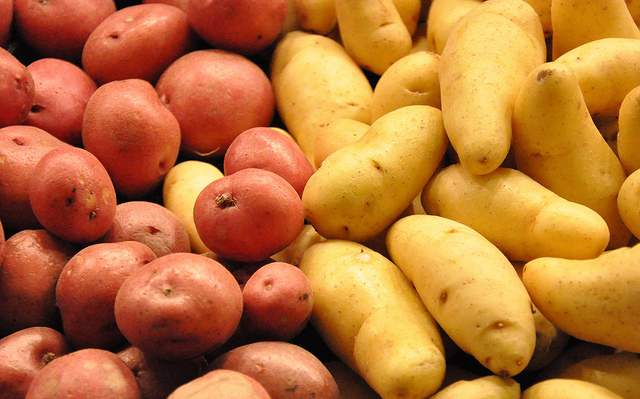 We seem to be trapped into a society in which consumers want to pay less for their food, while farmers want to produce bigger amounts and more efficient, eg. more specialized. Most farmers can ensure an income only when they meet the criteria for agricultural subsidies. Of course, it is very difficult to operate outside a system that is based on monocultures, chemicals on the field and intensive irrigation. At the same time, although more and more people recognize that the way food is produced and consumed is not right, it is very difficult to change their consumption habits.

In the last decades, the EU Common Agricultural Policy achieved its goals of producing sufficient amounts of food in low prices. This came at a cost, as it also played a major role in creating an unjust production/consumption model, resulting into the huge loss of biodiversity, over-production and mistreatment of animals. In my country, Greece, the consequences were also dramatic. In just three decades, most of local crop varieties were lost and our dry land agriculture has almost vanished. In Crete, 2,500-year-old olive trees were turned into firewood in just a few years’ time. The same period saw the creation of a generation of farmers and politicians that are exclusively dependent on agricultural subsidies. Instead of Greek agriculture being a model of innovation and productivity, given its favorable climate and fertile soils, nowadays we import most of our food, while the average Greek lives at 181% above the sustainability level. Some people even go further to link aspects of the CAP with the recent economic failure of the country.

Similar problems exceed national borders, as the jigsaw of industrial agriculture in the way it was encouraged by the CAP in the last 50 years is extremely complex. And I am wondering, what future do we dream for Europe when:

Despite all these facts, the European farmer continues to have very few incentives for getting friendlier to the environment. The current CAP does not help, since it does not support enough sustainable farming practices. The problem will get worse, unless real incentives to encourage sustainable, environmentally functional production are in place. In other words, unless we achieve a greener and fairer CAP.

Furthermore, consumers owe to be informed and demanding, and should be looking forward. The cheap potato may spare us some money now. But with one or another way, the money required for agricultural subsidies and for balancing the negative consequences of this production model must be paid at some point.

Source: The Truth Behind the CAP: 13 Reasons for Green Reform (pdf), a publication by Birdlife, WWF and others.

Article awarded as 3rd runner-up at the IUCN Thompson-Reuters Awards.