Frustration in the air by Rio+20 Youth 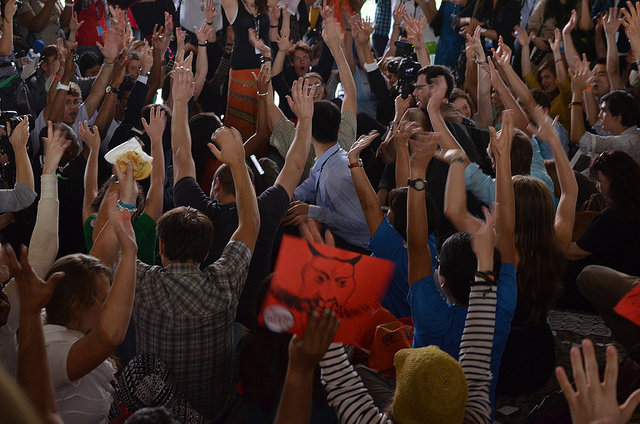 The second day of Rio+20 is about to finish, with youth demanding their voices to be heard. There is widespread frustration in the air, as the negotiating text on The Future We Want fails to set the base for the concrete actions it has promised. Youth, joined by NGO and indigenous people representatives have been protesting for at least 3 hours this afternoon, while world leaders were discussing in the Plenary.

And 11-year-old Ta’Kaiya Blaney of the Sillamon nation calling on the Earth Revolution.