David Suzuki: why use nuclear power to boil water? 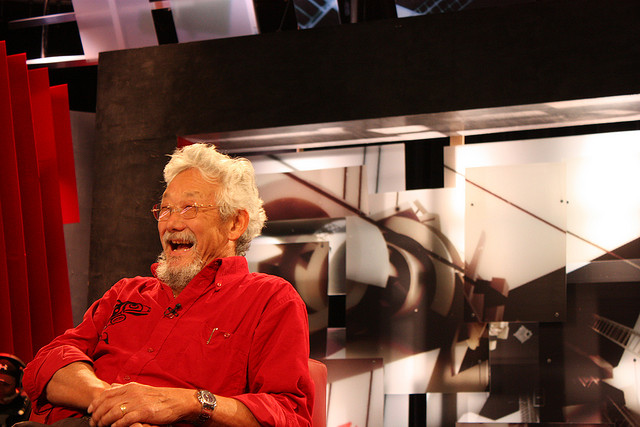 There is a person that has long pioneered the idea that solutions are in our nature. And he does great in explaining the complexities of the natural world in a compelling, easily understood way. I was around in the talk of Dr. David Suzuki from the David Suzuki Foundation at Rio+20. In this short video, Dr. Suzuki makes a point on why nuclear energy is a non-sense.

For more than 30 years, David Suzuki has been the voice for nature in Canada. Born in Vancouver, he was sent to a Japanese internment camp with his family at the age of six, during the Second World War. After the war, Suzuki moved to Ontario, growing up with a passion for nature. This led him to earn a PhD in Zoology from the University of Chicago. Next, he moved back to Canada and started teaching at the University of British Columbia. He also started appearing on television to gain public support for science. By 1971, he had his own show right here. He’s also authored 43 books, with his latest one called “David Suzuki’s Green Guide”, a “how-to” guide for being a green citizen.