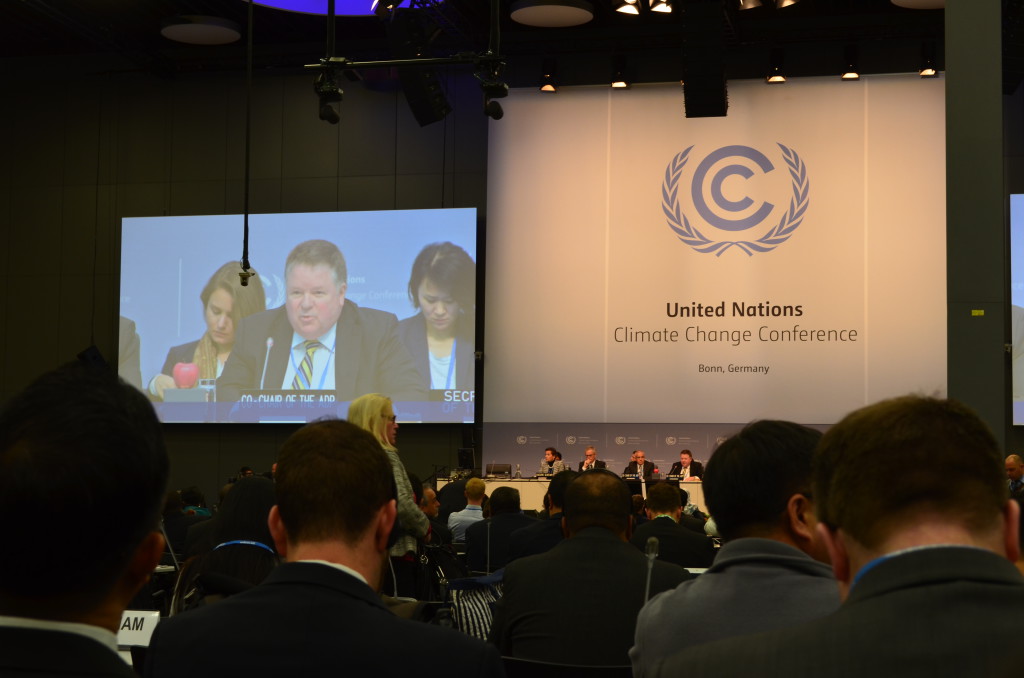 With little time for negotiating left before governments are expected to meet in Paris to agree a new global climate deal, negotiators are meeting once again in Bonn this week for the latest round of UN climate talks.

In order to get an adequate agreement, discussions need to intensify efforts to ensure that a range of key elements of the draft text are strengthened. These elements include finance for loss and damage caused by global warming, as well as adaptation and mitigation to the effects of climate change. What is also important to get back into the context of the Paris UNFCCC negotiations, is the language on decarbonisation of the global economy as a source of emerging long term consensus. Also important is scaling up political ambition for action, including regular reviews.

Negotiators need to finish this week in Bonn with a text that contains a few clear political options for each of these elements. This text is then going to be presented to ministers for decision making at major events such as the G20 in Antalya, the Pre-COP and the Commonwealth Heads of Government in Malta. Ultimately, this text will be the basis for an international agreement to be struck in Paris this December, which could potentially put an end to the fossil fuel age, and accelerate a just transition to renewable energy powered, resilient communities.

Governments have submitted their national plans for tackling climate change in the form of “Intended Nationally Determined Contributions” (INDCs). In these, they outline their path to action for reducing global warming to 2.7°C above pre-industrial levels. This is still far from the internationally agreed 2°C limit. It is actually closer to the threshold of 3°C or more, which according to the Intergovernmental Panel on Climate Change (IPCC) is projected to exceed the adaptive capacity in regions closest to the equator. The elephant in the room in these negotiations is the need to cut GHG emissions in a way that is fair and equitable for all. Therefore, discussions that will influence the major emitting sectors of the global economy get central stage.

Of all sectors, agriculture is the largest contributor of non-carbon greenhouse gases (GHG), such as methane, accounting for 56% of non-CO2 emissions in 2005. The total GHG emissions from agriculture comprised about 10-12% of man-made emissions in 2010. Therefore, discussions on land use and land use cover play a major role in the context of these negotiations, given the significant potential that can be harnessed for cutting GHG emissions.

The level of ambition in terms of reducing the global carbon budget, is directly linked to the risk of crossing an irreversible tipping point, thus influencing food security at regional and global level. Food production is already affected by extreme climatic events resulting from global warming. Heat waves, floods, droughts, wildfires and long-term changes in precipitation patterns result in reduced crop yields, and quality deficits in freshwater resources. These effects are exacerbated by damage to agricultural production caused by pests, destruction or disruption of agricultural infrastructure, falls in labour productivity, shifts in production areas of food and non-food crops and threads to livestock – especially from heat stress. Consequently, these result into higher prices and enhanced market volatility for agricultural commodities.

What is being discussed this week in Bonn, and will be later decided in Paris, will define the implementation approaches to mitigation, to ensure that key temperature thresholds are not crossed. It will also catalyse efforts to enhance adaptive capacity to inevitable temperature rises and associated climate events. With governments committed to initiate reforms that will in turn define policies and finance schemes to support all this, what we need to see this week in Bonn is a more clear, refined and to-the-point roadmap that will lead us in a climate-safe future.